The Ultimate Guide to Cross-Border Ecommerce in China: History and Scale 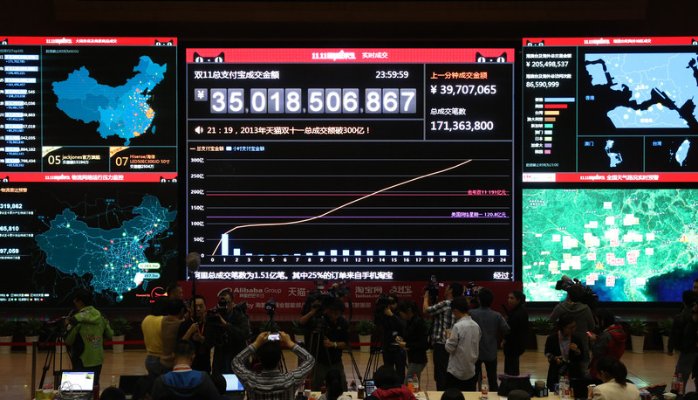 With the rise of the internet and exploding growth of the China e-commerce in the last 20 years. More and more foreign brands are becoming interested in selling their products directly into China using eCommerce platforms.

The challenge, however, is that China is not exactly a walk in the park for foreign brands. It has complex regulatory policies and vastly different eCommerce ecosystems. This is why, as a foreign brand who wants to sell to China using cross-border e-commerce trade it is critical to understand the latest market trend, political policies, and financial insights.

In this ultimate guide to Cross-Border eCommerce in China, we are going to walk you through all the necessary steps you’ll need to know as a foreign brand about selling to China and we’ll begin with a brief history of Cross-Border Ecommerce in China.

History of Cross-Border Ecommerce in China From 1.0 to 3.0, 20 Years in the Making

From 0 to $1 Trillion Market and On

From 2014 till today, due to changes in cross border purchasing tariffs and improved overall policies on foreign trade, the number of platforms and users purchasing foreign good has exploded in China. On top of that, the fierce competition between the platforms has forced the large eCommerce brands to improve overall user experiences and quality of customer services into a new era in China.

According to iiMedia Research, cross border e-commerce trading which includes import and export has reached $945 billion USD in 2016 and it is estimated to reach $1.36 trillion USD by 2018. The importing market in 2016 (i.e. export to China) has hit 180 billion, which is a 20% share of the 2016 overall trading amount.

While cross border e-commerce is still a new player in China’s gigantic eCommerce market, it is, however, growing at a rapid path, and a huge opportunity in the years to come.

If we look at the market share as of today, we can really break up the cross-border e-commerce platform into three groups based on revenue.

On the very top, you have some of the super star e-commerce brands in China that include kaola.com(网易考拉海购), Tmall.com(天猫国际), JD.com(京东全球购), vip.com(唯品国际). These brands take up the majority of market share running at 70.4%.

Furthermore, the brands in rank 1 are all e-commerce giants that already have a strong presence in China. They have loyal customers and extensive supports in many aspects such as logistics, and even customer support. For these companies, the oversea or cross-border markets are viewed as an expansion of their existing national business. They are oligopolies in this game.

In rank 2 we have brands such as jumeiglobal.com(聚美极速免税店), xiaohongshu.com(小红书), yamtou.com(洋码头). Unlike brands in rank 1, brands in rank 2 sell a smaller variety of categories. You’ll usually find these platforms selling in the apparel, cosmetic, and other FMCG where they make the most money. Brands in rank 2 take up about 25.3% of the market share.

E-commerce brands in rank 3 take up the last 4.3% of the cross-border e-commerce market share in China. The brands in this group include baobeigezi.com(宝贝格子), mia.com(蜜芽), babytree.com(宝宝树). What you’ll find with rank 3 brands is they tend to be highly focused on a specific niche.

Due to popular demand, a huge population of China, and a general distrust of infant consumption industry. There are a tremendous opportunity and demand for healthy, clean, trustworthy, and reliable eCommerce brand that sells infant and kids related products. Not surprisingly, most of the rank 3 eCommerce brand will usually fit into this niche like mia.com.

However, as we move forward in time you begin to see more B2C platforms taking over that of C2C platforms for the following reasons.

Change in Policies: As more regulations are created by the Chinese government, stricter laws and rules would narrow down the leeway for some of the C2C platforms to survive.

Competition and Merges: Due to the fierce competition and price wars many of the smaller C2C platforms were forced to merge with B2C giant in order to survive.

Demand for Higher Qualities: Due to the rapid growth of China’s economy. Many Chinse consumer is now emphasizing the importance of quality over price. And B2C platforms will generally have more capital for better quality products and customer service compare to C2C platforms.

To put it into perspective, in 2016, it is reported that there are more than 42 million Chinese consumers who are actively making purchases on cross-border e-commerce platforms, which is an 82.6% year over year(YoY) growth.

While it is hard to pin point the exact reasons of this phenomenon growth, but some of the obvious contributing factors can be the growth of the internet usage in China, the overall improvement in logistics for e-commerce shipping, change in Chinese regulations with regards to foreign goods, and the fierce competition between platforms that forces enhancement of overall user experience and trust.