Why China is Arguably the Most Difficult Market to Dominate 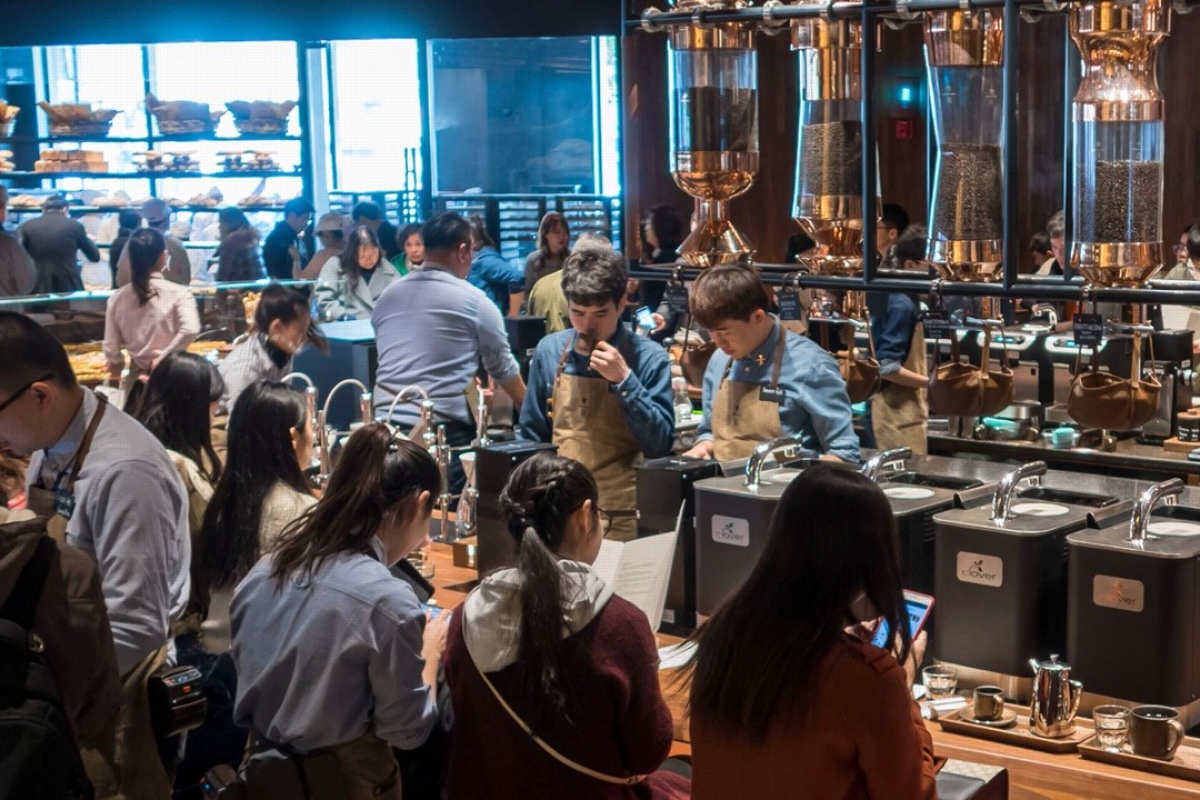 It’s true: China is the most difficult market even compared to the United States.

Just look at how many hugely successful foreign brands has exited or struggled in China for the past 25 years.

And every time a giant calls it quite in China there are dozens of analyses in the media giving their opinion on why the failure occurred.

The trust is highly successful brands fail in China for multiple reasons and there really isn’t one reason that causes all failure.

However, here in this article, I’ve boiled it all down to 10 reasons why I believe China is the most rewarding and probably the most difficult to enter in the world right now.

1 Competition From Around the World

What I mean is if you really think about the current state of the global economy, you got two big players. China and the United State of America, so naturally there is a lot of opportunities in both countries and this is also what makes China so attractive to a lot of foreign business and brand.

But unlike the USA pretty much business and brands from every country are trying to get a piece of the Chinese consumer’s money. No joke, there are literally 10 new brands entering the China market daily!

This means that if you’re looking to compete in China, you’re not only competing with low Chinese companies but also Japanese, Korea, French, England, India, USA, Canada, Russia, Australia businesses and brands. Literally brands from all over the world.

And some of these countries make good shit!!

But you’re probably wondering well, isn’t it the same in the USA? I mean after all a huge market as well with a lot of opportunities. You would think so, but if you’ve ever been to the US, you would quickly find out that it’s mostly dominated by the US, Canadian and European business and brand but not so much from Japan and other Asia countries.

In China Japanese & Korean products has a huge presence and is loved by Chinese consumers. Just do a comparison between TMall and Amazon and you’ll see that there are very little Japanese and Korean consumer brands on Amazon compared to TMall.

2 China is the Biggest Manufacturing Country in the world

How often do you see “Made in China’ on the products you buy? A lot! Most people know that China pretty much manufactures most of the products in the world because well we’re very good at it, we know how to scale production and keep a high standard of quality.

But this is also one of the factors that makes China a difficult market for foreign brands because your product is most likely manufactured by Chinese companies and they can just create a similar or sometimes even the same product you have cheaper and better.

This means if you’re looking to compete on price with local Chinese competitors… good luck on doing that.

China not only has a completely different digital ecosystem then the rest of the world it is also closed within the Chinese community. If you’re not Chinese, chances are you have never really used any of the Chinese social media, apps, platforms, etc…

This makes China a mystery and hard for most foreign business to understand and know how to tactical it.

However, the good news is that this is an easy problem to fix all you have to do is to find and hire a local Chinese expert to manage and oversee it. The challenge, however, is you won’t really know if they are doing a good job or not since you don’t understand the platforms yourself.

That, of course, is assuming you can find someone who deeply understand China’s marketing ecosystem, your corporate culture and be able to communicate with you in a way that there is a manual understanding.

The last time I checked that is a hard person to find.

This may be a touchy subject and the view on this may be different depending on who you are talking but I was born in Shanghai China to grow up surrounded by Chinese people and I want to share this from my perspective.

The whole culture difference thing when it comes to marketing and doing business really applies to many different countries and not limited to China only.

However, some countries will have more similar cultures and values for example while there is a definite difference of culture between USA and Canada but there are also a lot of similarities, so communication between the country is definitely easier.

This is also true for most of the European and says North America and even South America because most of the culture came from Europe countries anyways.

And because of that the lens that Chinese consumer uses to views a situation and how a western person views the same situation can be complete opposites.

To continue from my previous point because of the vast cultural differences and difference of value and say behaviors, how Chinese people deal with business is again vastly different compared to a foreigner.

My friend said it best when the competition gets fierce in the market, an America or foreign company may look for an alternative strategy or solution. A Chinese company will fight you to the death.

“If I can win, I will do whatever it takes to take you down with me.”

This is why there are fierce price battles in China and the winner takes all as my friend Jeffery Townson would put it in his “1 Hour China” book.

If you’ve ever lived in China for a good length of time, you’ll realize that Tech Startup is a big thing in China right now. The China dream is real and people are willing to bet big.

In fact, there is literally a new App being launched in China every single day.

This causes a huge problem, advertising, and marketing services are extremely expensive in China because they’re in high demand and Tech Companies are willing to pay big bucks to beat their competitors at all cost.

It’s a fight for market share and this drives up the cost of advertising in China making it very expensive and hard for SMEs to compete in China.

Contrary to what most foreign brands believe in China buying media and advertising is actually more expensive than the US! While the overall CPM may be cheaper depending on your strategy what channels you use but because there are so many people in China, the cost of getting a sales, acquiring a new customer or getting a new client is actually much higher.

This is because as with any form of paid advertising or media, you’re always trying to solve the needle in the hay problem. And in China, you have a gigantic amount of hay and your looking to pick out as many needles as efficiently as possible.

The second reason why China is more media buying and advertising is more expensive in China is partly because it is a suppliers market. There is a huge demand from the buyers said to purchase more ad spend so publishers don’t really have to make any compromises on their pricing (generally speaking).

Like many other reasons, I’ve mentioned above while most foreign business and brand look at the 1.3 billion Chinese consumers as a huge opportunity but it also is a very crowded and noisy market.

The local competition is fierce and business and brand from all over the world are trying to eat the same pie you’re trying to eat. If you’ve ever lived in China for a while, you’ll quickly realize that from bright neon lights to advertisements on the elevators of condos and apartments, there are literally advertisements everywhere in China.

On top of that, you’re also competing to get attention from the millions of KOLs (influencers) and media companies who are going after the same audience as you are.

China changes fast and as soon as you come up with a product that works and sells like crazy or marketing tactic you can bet that it will be copied by a local competitor in a heartbeat.

And they’re not just going to copy your products or services but they will do it faster, better, and even cheaper because like I said earlier, most of the products are manufactured in China.

While your competitors outside of China will need to have a meeting, figure out the logistics and set up the supply chain before they can start copying you, Chinese companies will just call a friend and tomorrow they will be selling similar products as you.

This makes it incredibly difficult to keep a competitive advantage purely relying on having a super product or service in China.

If you don’t know what 996 is because it stands for having a work-life of 9 AM to 9 PM 6 days a week. I’m not really sure who popularize this but it is advocated by Alibaba and Jack Ma. While not everyone in China will work 996  but a good amount of people will and even for paid less than the average salary here in the west.

The hard-working culture is of course not limited to China, in general, and in my opinion people from various countries in the Asia region are willing to work harder and have better work ethics.

This means that if you’re doing a 955 culture, the local Chinese companies will simply outcompete you by sheer force of hard work and long working hours.

Now, I’m in no way advocating 996, because I don’t think it’s physically and mentally possible for someone to be able to sustain long term focus while working 996. I rather work 954 if those 4 days are more productive and focused. That being said, there is a place and time for 996 I’m sure.

The point is if you’re looking to win in China and compete with local competitors who are going to be a lot more aggressive and hardworking than you then be ready to adopt some 996.

Although there are many horrid stories in China, there are also many foreign brands with huge success in China many, you may have never heard of unless you’re in their industry.

Based on my observation, B2B companies tend to have more success in China, which in my opinion makes a lot of sense because many of the challenges such as manufacturing, fast copy cats don’t matter as much to B2B companies.

Book Free Strategy Session
PREVIOUS POST
Why You Need to Protect IP Before You Enter China
NEXT POST
Episode 14: How to Build an Awesome China B2B Strategy