17 Surefire Ways to Reach Chinese Consumers Outside of Mainland China 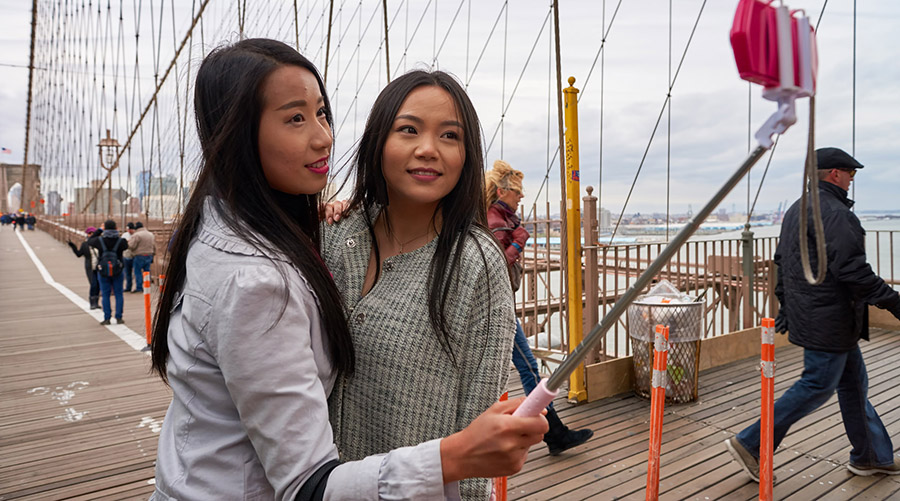 If you’re reading this article then chances are national or local small and medium-size businesses looking to reach more Chinese consumers locally or nationally but you have no idea how.

Yes, due to the Great Firewall of China, most Chinese consumers cannot be reached via western channels and media.

In this guide, we’ll show you 17 different ways that you can reach local or national Chinese consumer living abroad.

If you’re not Chinese then you probably don’t know this. But there are actually four types of the Chinese consumer and depending on who you want to attract your approach may vary dramatically.

Older Chinese immigrants are usually already heavily adapted to western culture. Of course, they are still Chinese and will still hang out with other Chinese and go to Chinese restaurants and read Chinese newspaper but you’ll probably have a good chance to reach this group of Chinese consumer just by your standard advertisement.

There are many Chinese who are born or grow up in western countries from a very young age such as USA, Canada, UK, etc. If your target market is these types of Chinese consumers then you’ll need to lean more towards western channel such as Facebook, Google, Instagram. And honestly, you will just target them as any regular western consumers based.

Chances are if you’re reading this report then the group of Chinese consumer you really want to attract is the new immigrants or international students because they have purchasing power and are willing to pay for your service or product.

This group is harder to reach with the western channels you’re familiar with and will have to use channels such as Wechat, Youtube, Instagram, Local KOLs, etc…

If you’re looking to target Chinese tourist, you’ll have to start your promotion way before they go on their tour which means you’ll have to use the channels available in mainland China such as Wechat, Weibo, Toutiao, etc…

Most people have heard of WeChat if you’ve dealt with enough Chinese customer. WeChat is kind like a  mixture of Facebook + WhatsApp. It’s the most popular Chinese messenger app that almost 80% of all Chinese people use.

But marketing on WeChat is not easy, especially for foreign businesses. Unlike Facebook, you cannot set up a WeChat page where Chinese customer can follow your brand or business.

You can, however, set up an official WeChat account but that requires you to either have a  registered business in China or a Chinese  Citizenship Card. Here is a video that explains  that:

What you can do as a none Chinese business owner is to set up a personal WeChat account and ask people to follow you and share moments content to potentially attract more  Chinese customer. Alternatively, you can also join the WeChat group and try to network.

Weibo literally mean microblogging in Chinese.  There are actually a few different Weibo such as  Tencent and Sina. But Sina by far is the most popular  Weibo in China.

So for this report when we use the word Weibo we really mean Sina Weibo and if you’re still confused as to what Weibo really is, it is kind of like the  Chinese Twitter.

Unlike WeChat, where if you want to get an official WeChat account to promote your business it is next to impossible unless for a  none-Chinese business owner.

Sina Weibo account is much easier to attain,  and if you want a business Sina Weibo to account all you have to do is apply and pay them $2,000  USD to create one I believe.

That said even though Sina Weibo is the second most popular social media channel in China, it is on the decline as many younger Chinese users are moving away from the platform.

As a local business who wants to attract local  Chinese customer you cannot really hire very famous Chinese KOLs who are in China, nor should you as they’re extremely expensive. Sometimes a  single post to promote your business can cost

But luckily there are a lot of famous local  Chinese Youtuber, Instagram, WeChat, and  Weibo KOLs (influencers) who you can work with.

The follower count will range anywhere from  50,000 to 1 – 2million depending on where you’re located Which are more than enough for a local business to become instantly famous amongst the Chinese customers.

I bet one of the reasons why you’re reading this report is because you believe Chinese consumers don’t really use Google, Facebook and the traditional media you’re used to and you’ve no idea how to reach them.

This is true, but Instagram is actually extremely popular for the Chinese audience. This is because while WeChat can replace Facebook, Baidu can replace Google, Weibo to twitter but nothing can really replace Instagram in China.

There is many extremely popular Chinese  Instagram influencer that you can work with to get your product, service, or brand in front of the  Chinese audiences.

This is because while there are YouTube like social media channels in China such as Tudao and Youku but they’re very slow and virtually restricted outside of China.

SO many Chinese consumers turn to YouTube for their daily entertainment and Chinese tv  Shows and drama.

Keep in mind that the best way to reach your local Chinese audience is probably not to start a  YouTube channel yourself, but rather to pay for  YouTube Keywords Ads or In Media ads. You can also work with YouTube Influencer if you want but it is probably still ideal to boost those promotion to get bigger exposure.

Depending on your market, Google search may also be a very good option if there is enough search value for the Chinese keywords your customer may be searching for.

For example, we’ve helped companies to dominate the Chinese search term on Google and got exceptional results not because we were the best  (although we’re pretty good) but because virtually no one is bidding on these keywords.

Most people believe no one is searching on  Google in Chinese so they don’t bid on them,  huge opportunity lost.

Alternatively, Google’s partner network or display ads can also be shown on multiple  Chinese online publisher’s websites (the one we mention in #6). Just because very careful about how you use Google to display ads, the same rules apply as if you were managing an English campaign.

That being said the Chinese audience that .is on a  usually older immigrant who is very much integrated with the western culture here in North America.

There many Chinese forums that are extremely popular in Chinese communities. This is especially true for a newcomer who is not very familiar with your  city yet.

Since their English is poor, they go to these forums to look for jump and ask for advice and event seek out services.

There are many Chinese websites dedicated to the Chinese audience locally. Although this is becoming more and rarer as most Chinese users don’t really like to read blogs as much since they’re all addicted to WeChat and contents on WeChat.

That being said, you can probably place some advertisement with these websites for a pretty decent price.

Of course, most traditional offline channels still apply and there are many Chinese newspaper and magazines that you can advertise on. The only downside is if you’re trying to reach the young  Chinese audience newspaper is probably not the best choice.

That said magazine, on the other hand, may still be a  good channel to try as long as you choose the right magazine.

This again depends on how big a Chinese popular is in your city. But for cities with a decent size Chinese population, there will often be events or concerts featuring famous Chinese singers. Sponsoring these events is a great way to attract more Chinese customers.

Of course, most traditional offline channels still apply and there are many Chinese newspaper and magazines that you can advertise on. The only downside is if you’re trying to reach the young  Chinese audience newspaper is probably not the best choice.

That said magazine, on the other hand, may still be a  good channel to try as long as you choose the right magazine.

If local Chinese television shows available to you and you can afford to pay for some air time then this is definitely a good channel to attract more Chinese consumers.

Again, I just want to stress that like newspaper and radio, younger Chinese consumer may not be watching these shows as they will more likely be on  YouTube.

Finally, birds of the flock fly together. This is true with any ethnics, find out which area in your city has the largest concentration of Chinese consumer and bill all the Billboard and bus marketing there.

This is something I rarely see but, you can actively partner with a Chinese restaurant, bubble tea shop or any other Chinese business that has a large Chinese audience. Work out a deal with them or ask if you can place some ads with them.

Same concept as billboards and street advertising. If you know where most of the Chinese audience live in your city, you can create a direct mail campaign just for them.

17. Word of Mouth and Referrals

I saved the most powerful channel to reach more Chinese consumer and that is word of mouth.

Referral is probably going to be the best source of the customer for you regardless if they’re Chinese or not. But most businesses believe referral or word of mouth is random that they have little to no control over.

Book Free Strategy Session
PREVIOUS POST
Episode 4: How to Sell to the One Billion Super Consumers in China
NEXT POST
How to Sell Your Products in China with Trade Partners